SESSION 45: At Home With Rose 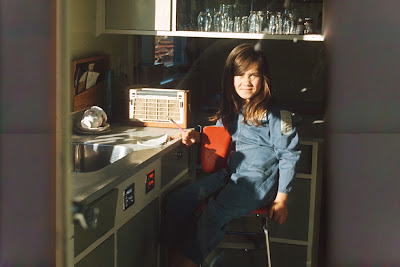 The Selfish Rose Show (a.k.a. songs that have shaped me)

Nostalgia: A bittersweet longing for things, persons, or situations of the past.

I decided a while ago to put together a show just for me - totally and alienatingly self-indulgent. All the songs that have shaped my musical tastes from about the age of 10 through to now. I still love all of these songs. First came the influence of my mother. Then the little transistor radio I got for Christmas that I would listen to in bed, hiding it under my pillow, tuned in to Casey Casum top 40. Then the music my big brothers brought into the house. And visiting my older cousins who had a gramophone (we didn't have one when I was young - just the radio). They had all the latest singles which we would play over and over. Then when I hit my teens I ventured out and found what I liked.

I can listen to all these tracks and think about the period of my life that they punctuated. In the days of vinyl (once we finally got a stereo - I can remember it being unpacked and I can remember the first album we had - Jade Warrior), it was so exciting when a new album arrived in the household. I'd pore over every inch of the sleeve, reading all the liner notes, and if it was gatefold it was even more thrilling. Favourite tracks would get played over and over. The needle would get shifted back again and again as I pressed my ear to the speaker trying to decipher all the lyrics which I would write into my notebook. Getting to know a new album was such an experience. Getting sick of one by playing it too too often was saddening.

Choosing just 2 hours of songs I love was really really hard. I haven't included much recent stuff. There were just too many old favourites. I guess I'll just have to do this again if people can stand it!

It's Session 45 and I'm 45, so there you go. There is my lame reasoning for being a selfish bitch. Ha!

I hope someone besides me enjoys this playlist:

I know I'm going to.

I recently came accross your blog and have been reading along. I thought I would leave my first comment. I dont know what to say except that I have enjoyed reading. Nice blog. I will keep visiting this blog very often.

Rose, what an awesome blog. Your nostalgic playlists are excellent, and I am really enjoying listening to a whole new galaxy of music. Top blog and my students love it.