SESSION 32: At Home With Rose 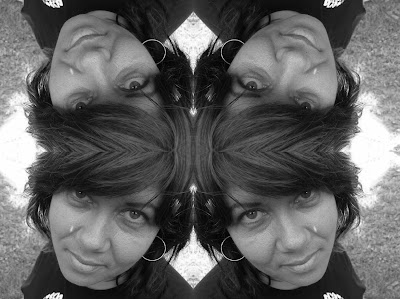 Bit of a change of routine for the show this week - I've asked my friend Michael along to co-host the show. I gave him the genre: psych folk (or just psych) and we get an hour each. We weren't allowed to divulge our list and if there were any double-ups, well so be it. But there weren't. Looking forward to sharing the show. Might be the start of some other collaborations for the show.

I realised I've ended up playing a few of the artists I've been playing lately anyways. Boring of me, but hey, I've been enjoying my pysch-folk shit lately. Next week, however, will be quite different when I play all synth tracks!

Just a note about one of the labels from tonight's show: Music Your Mind Will Love You (MYMWLY) - Autumn Galaxy is the artist I am playing who is on MYMWLY.

MYMWLY was an Australian independent label run by Mike Donnelly (of Terracid [plays on tonight's show], 6majik9, Soarwhole, Brothers of the Occult Sisterhood, etc.). All releases were recorded on CDRs and the copies are very limited. The label just closed shop at the beginning of this year, but I think there may still be some back catalogue stuff available via the MYMWLY blog.

However, Mike has just started another label, Pacific Soma. Apparently the rebranded label will be releasing both the old format CD-Rs as well as CDs and LPs. I'll be watching closely!

Not much to say about my week except that my sore shoulder and neck are getting better after a trip to my acupuncturist and my osteopath and a day at home watching movies. An expensive week.

And so to the playlist:

Which one is it your playing RIGHT NOW mr Guest DJ? I missed the intro...it's mighty spacy (and chuch bells and all kinds of groovy stuff going on!) and utterly fantastic!

hey Lilly! I'm pretty sure that the track was the first one. Was lots of fun tonight having a friend helping. Glad you enjoyed it! Next week - synth!!!